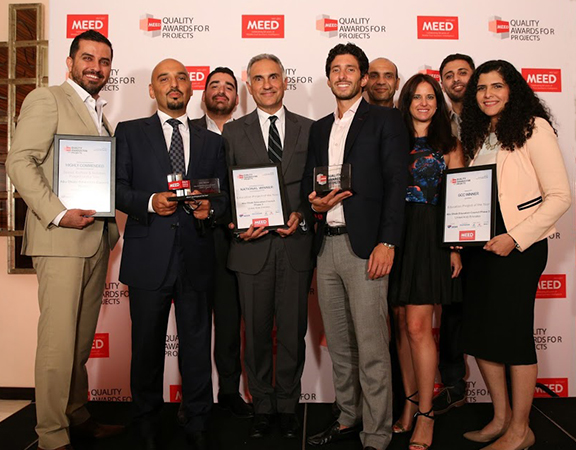 Dewan Architects & Engineers is proud to announce that they have won the National and GCC award for Education Project Of The Year at the MEED Quality For Project Awards held last week at the Westin Resort Dubai. The ADEC schools are part of the emirate’s strategic education vision, “Abu Dhabi Future Schools Program” from The Abu Dhabi Education Council, and Dewan was involved in delivering around 20 schools throughout the various phases. Dewan has also won “Highly Commended” for the “Social, Culture & Heritage, Project of the Year”.

Now in their sixth year, the MEED Quality Awards for Projects have established themselves as the leading stamp of quality and achievement for anyone operating in the GCC projects sector. The awards not only recognise the construction element of project delivery but also consider the value and quality of a project throughout its entire life cycle, from the design concept through to engineering and construction and its wider contribution to society and to the environment. Central to the success of the awards has been the authority provided by the core values of integrity,trust and transparency associated with the MEED name.